Read the amazing transformation of King, a neglected looking werewolf who turned into a beautiful German Shepherd thanks to the loving care of Megan Bowe.

For several months, a mysterious animal stood by the side of a road in Madera Ranchos, California. The creature was skinny and balding, with scaly, hard skin and a shriveled broken tail. This terrifying appearance caused people to call him the werewolf.

Because of his scary and dangerous look, it took a while before anyone dared to approach him. In fact, it only happened when a passerby, after seeing him, decided to post a photo on Facebook asking for help. 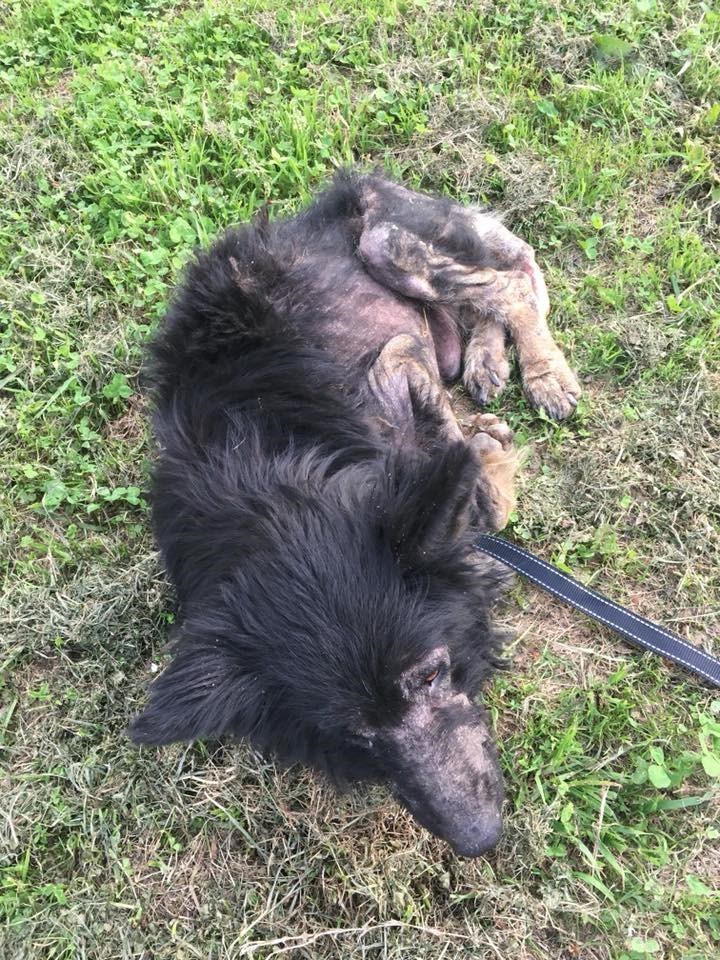 Bowe told The Dodo, “I was about ready to cry when I saw how bad off he was. He was really on his last leg. He was depressed and could barely even stand up.”

She realized the so-called “werewolf” was really just a sick and neglected German Shepherd and drove him to a veterinary clinic immediately for help.

The dog did not resist Bowe putting him in her car. Instead, he almost seemed relieved to finally get help.

The veterinarian determined that King (the name Bowe gave the dog) suffered from several diseases and injuries including a broken pelvis and a broken tail. Bowe told The Dodo, “My vet thinks he got hit by a car, and that would explain how his tail was so messed up, too,” Bowe said. “That injury happened months ago because by the time I got him it had already started to heal incorrectly. And with such a damaged pelvis, he wasn’t able to get around very far on his own to look for food, so he was extremely skinny and dehydrated.”

She also learned that, although he looked much older, King was only a year old.

Bowe took him home and set up a quarantine area in her garage so other animals in her care would not be infected by King’s contagious diseases. King needed to gain some weight before he could have surgery to fix his pelvis and tail.

King was weak and in pain, but Bowe could tell he was grateful for the care.

After about a month and a half of constant care, King’s conditioned improved, and he was regaining his strength. He was finally ready to undergo surgery on his tail and one hip. 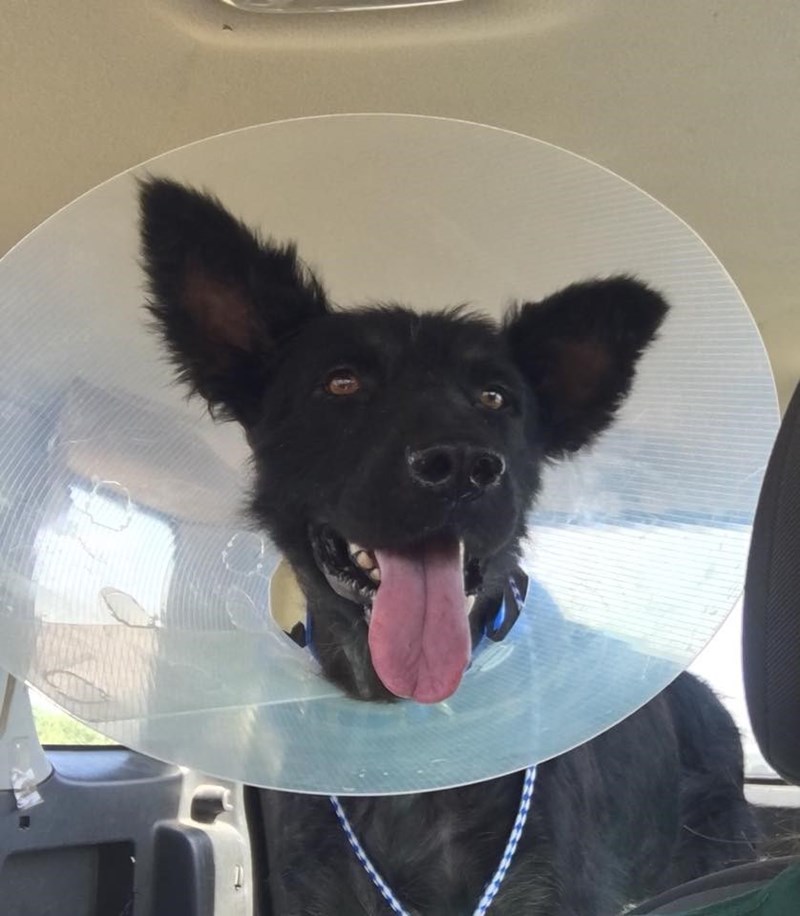 The surgery went well, and King is on his way to recovery. 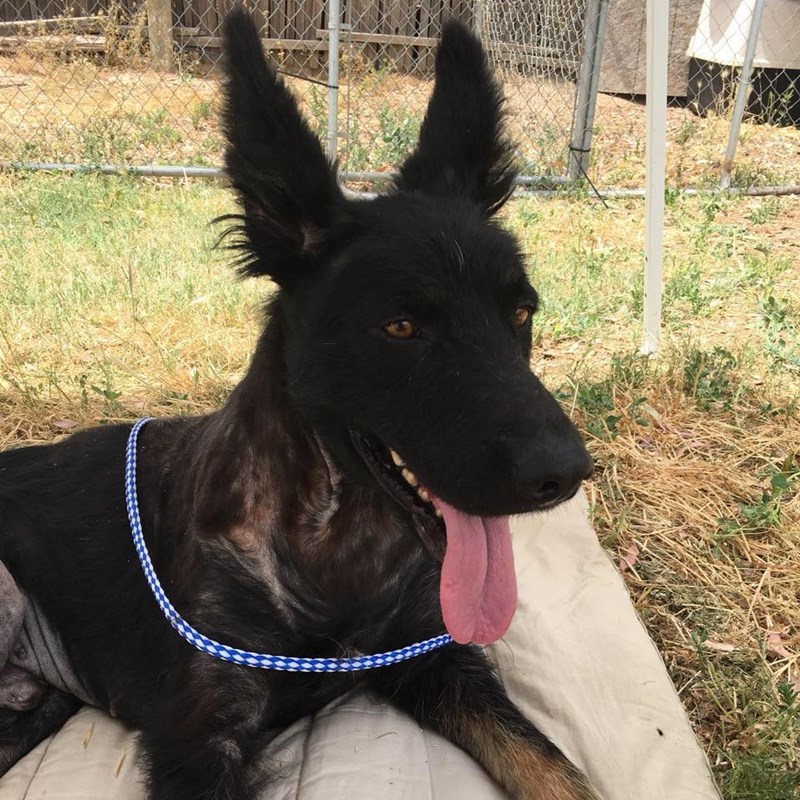 Per vet orders, King goes on daily walks to strengthen his leg. Follow-up appointments will monitor the healing process and determine if his other hip will require surgery.

King has transformed from a scary werewolf looking creature to a handsome German Shepherd Dog.

If it hadn’t been for Megan Bowe, it seems likely King would have died from starvation and injuries. How many people saw this diamond in the rough but kept driving by and did nothing? A simple Facebook post sent help to a creature in need. God bless Megan Bowe for her selfless actions and devotion to dogs.